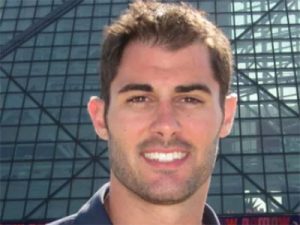 A graduate of North Royalton High School, Mike entered the armed forces in December 2001, where he served 6-years in the United States Air Force as an F-15 Avionics Specialist. He later attended East Carolina University where he graduated with a bachelor’s degree in Health and Fitness. A short tour in San Diego under the direction of fitness expert Todd Durkin, allowed him the opportunity to work with NFL superstars such as Drew Brees, Aaron Rodgers, Shawn Merriman, and several others, which he claims to be paramount to his success as an effective Strength and Conditioning coach. He completed his Master of Science degree in 2010 from California University of Pennsylvania with a concentration in Human Performance and Injury Prevention.

“I was blessed to be in the presence of such great people throughout my earlier years in this business. Not only that, but I was fortunate enough to have them actually care about the direction I took in the field. To give anything less than everything I have to this gym and the people that believe in it would be disrespectful to all those great people that left their legacy within me. Thank you for all your support in helping us create one of the most unique and powerfully energetic facilities in Northeast Ohio.” 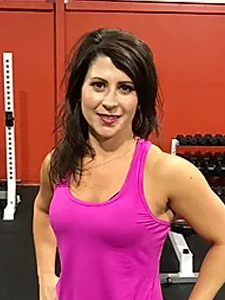 Holly is a graduate of and former cheerleader for Padua Franciscan High School. She graduated with honors from The University of Akron with a Bachelor of Science degree in marketing. After 10 years in the marketing and graphic design fields, Holly realized she needed a change from the corporate world. While always active, in 2008, she started Crossfit and found a passion for the sport of fitness. In 2010, Holly became an L1 certified Crossfit trainer and began a new journey to help others achieve a balanced, healthy lifestyle.

“I believe in balance for myself and my clients. “Life” happens and you can’t always make it to a class or eat the perfect macros in a day, but you can always do something to work towards being the best person you can be physically, as well as mentally. No one else can do it for you. Work hard in the gym so you can live the life you want outside of the gym.” 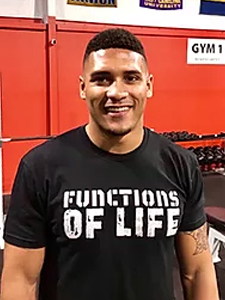 Arin Pruitt graduated from Brookside High School in 2014 as a 4-Year Letterman in Track and Football. He then went on to John Carroll University to earn his Bachelor of Science in Exercise Science. Arin played football for John Carroll as a 4-year letterman, becoming conference champions in 2016. After graduation, he interned at Mississippi State University for Strength and Conditioning working with primarily the football team. He then returned to Cleveland where he quickly became certified through the National Council for Certified Personal Trainers (NCCPT) taking his first job at LA Fitness.

Fitness and health has surrounded his whole life since being involved so heavily in sports. He fell in love with training through college and grew a real passion for helping others. He gained valuable experience working under some of the top strength and conditioning coaches and having hands on experience with Southeastern Conference (SEC) Athletes.

“Over the last couple years, training has become my true passion in life. Sports has helped me realize the importance of exercise and how it can be an amazing tool towards our physical and mental well-being. Whether making someone faster around the bases, scoring touchdowns, or just getting that body ready for summer, I’m ready to help all of our clients reach their specific goals.” 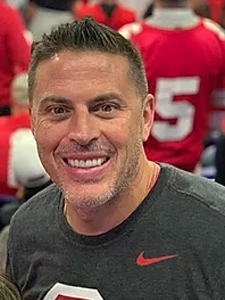 Brian is a 1995 graduate of John Carroll University where he played football for his first two years and went on to begin a successful business career working at McDonald and Company Securities and taking on an executive role of his family-owned business, founded in 1954. In 2016 the business was sold and in February of 2019 he officially stepped away to begin his next chapter. His passion has always been coaching/developing people, not only in business but also in youth sports.
​
Brian started 360 Coaching, LLC in 2019 to coach small business owners along with individuals/teams from a fitness perspective. In addition, he is currently coaching freshmen football at Walsh Jesuit High School.
​
“My keys to success in training and coaching are as follows and pertain to both client and trainer: Clear open dialogue on establishing goals that can be measured and monitored, unified understanding of expectations, consistency, hard work, commitment, and a never give up attitude.” 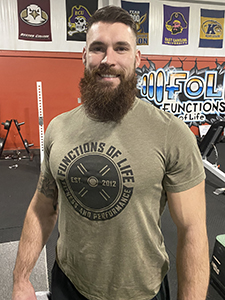 Mack is a graduate from Parma Senior High School, class of 2013, and received his bachelor’s degree in Exercise Science and master’s degree in Applied Exercise Science from Division II Ashland University. He chose to walk onto the football team in 2014 after deciding not to join the United States Marine Corps to pursue his dream of playing college football. During his time at Ashland as a college athlete, he earned the starting spot at fullback, became a three-year letterman, an accountability captain for two years, was awarded the Offensive True Grit award, Lifter of the Year award, and broke every weight room record for his position group. Mack was a part of the most winningest team in program history, winning two conference championships in 4 years. He continued his involvement with athletics at Ashland University while earning his master’s degree, working as a Strength and Conditioning intern, part-time volunteer position coach for the football team, and a graduate assistant in equipment management. Mack worked with Jump Start Sports as a Program Director and camp counselor during his early summers away from Ashland and more recently at Athletic Performance Training Center and D1 Sports Training in Columbus as a strength and conditioning coach.

“When training to pursue college athletics I met a great mentor in my life who changed my perspective on strength and conditioning and being a mentor for athletes. I found my passion for training during my early years as an athlete but never had a guide. When I got into college, I wanted to put myself in the best position for after graduation to pay it forward and be that mentor to provide anyone with road map to conquer any goal. I believe that if you hold yourself to a higher standard, remain accountable, practice self-discipline, work hard, and have an “I can” mentality, the sky is the limit for anyone! We are always capable of more! I can’t wait to share my knowledge and expertise with all of the members at Functions of Life, very excited for this opportunity.” 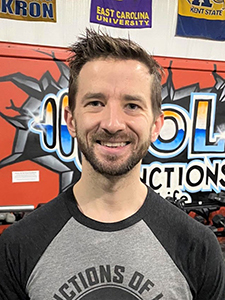 Michael graduated from Valley Forge High School in 2012 and moved on as an Education major in college only to realize the classroom wasn’t the place he wanted to be. Inspired by his brothers, Michael began his path in the exercise sciences, learning about how to correct form, transform the body, and how to successfully coach others. At age 19, Michael took a job at Planet Fitness as front desk personnel, only for management to quickly realize he has what it takes to be on the floor working directly with clients. From there, Michael moved on to other fitness studios such as My Personal Trainer in Broadview Heights and BrownsFit in Downtown Cleveland. In 2020, he took a break from personal training while moving into a management role. In doing this, Michael realized he missed personal training a lot and wanted to find a way to do both. So he decided to join the team at Functions of Life where he can work on the business side of things as a Fitness and Office Manager, as well as using his abilities as a personal trainer part-time.

“As I have found success in my own physical goals, I have also found a sense of fulfillment by passing knowledge to others. With the growing issues in America of metabolic conditions, obesity, anxiety, and depression, I understand the necessity of a healthy lifestyle. If I can even help just a handful of people not to be a statistic, then I have served my purpose. After 8 years, and all the hundreds of clients I have come across, I can proudly say I absolutely love what I do and hope to be doing it for a long time to come.” 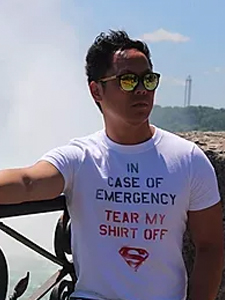 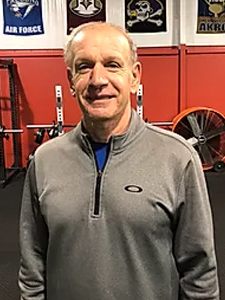 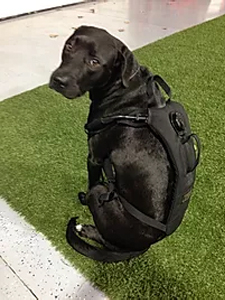 “They just kinda let me lay here all day. It’s a good gig. I don’t bite, but every once and a while I’ll wonder out of my cave to make sure you got a good workout. Give me a nice hard back scratch and we’ll be perfect friends.”